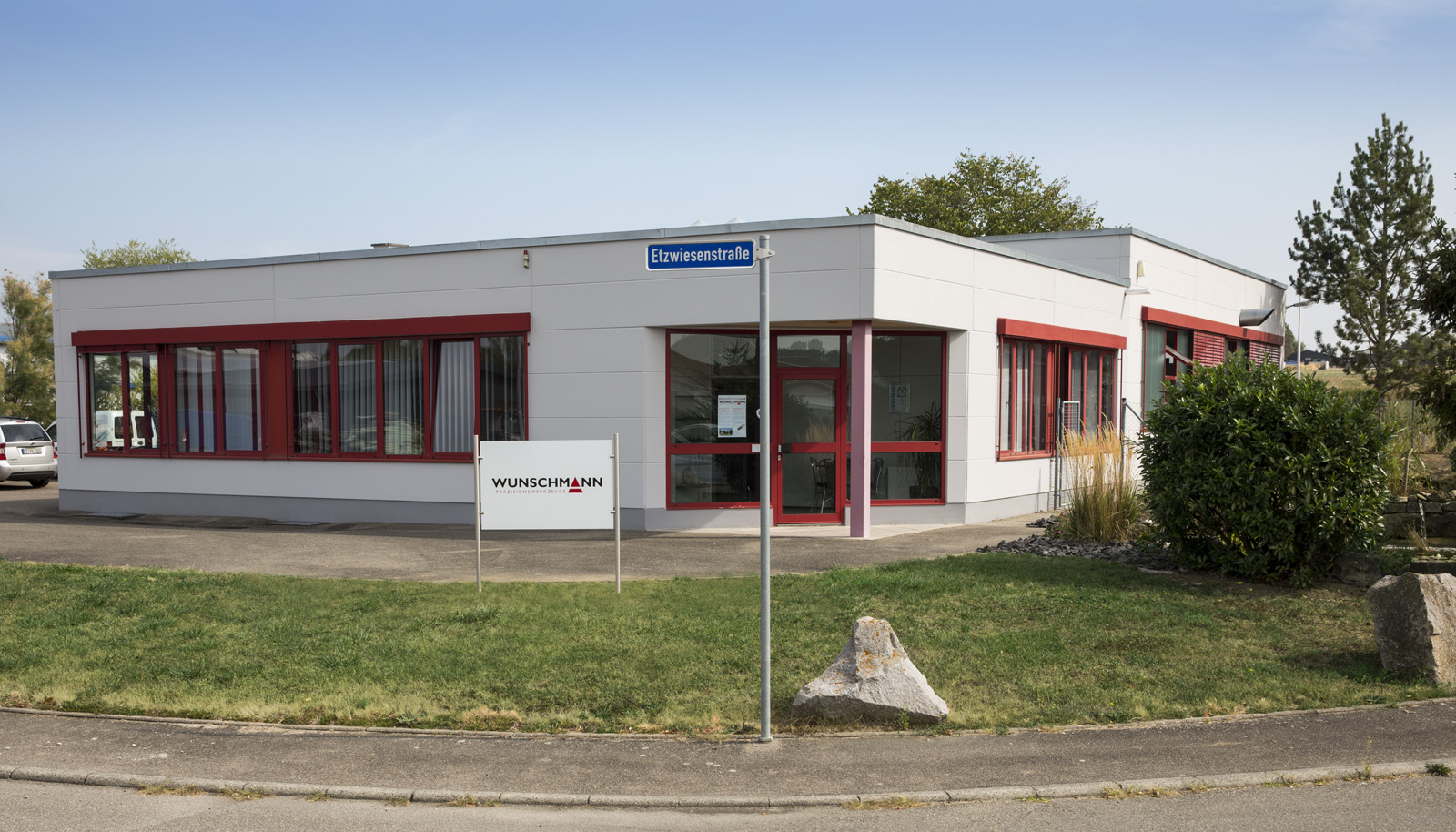 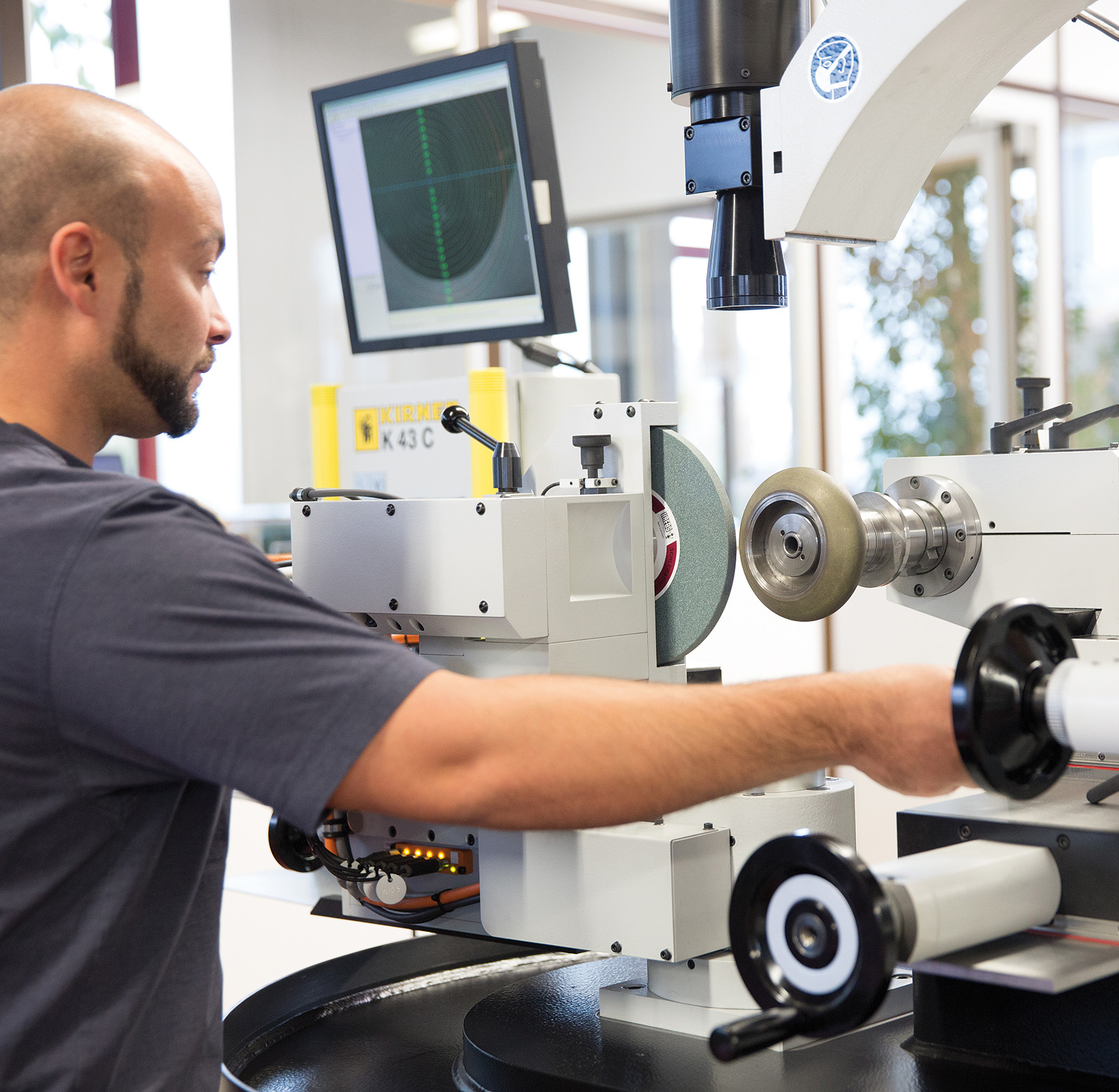 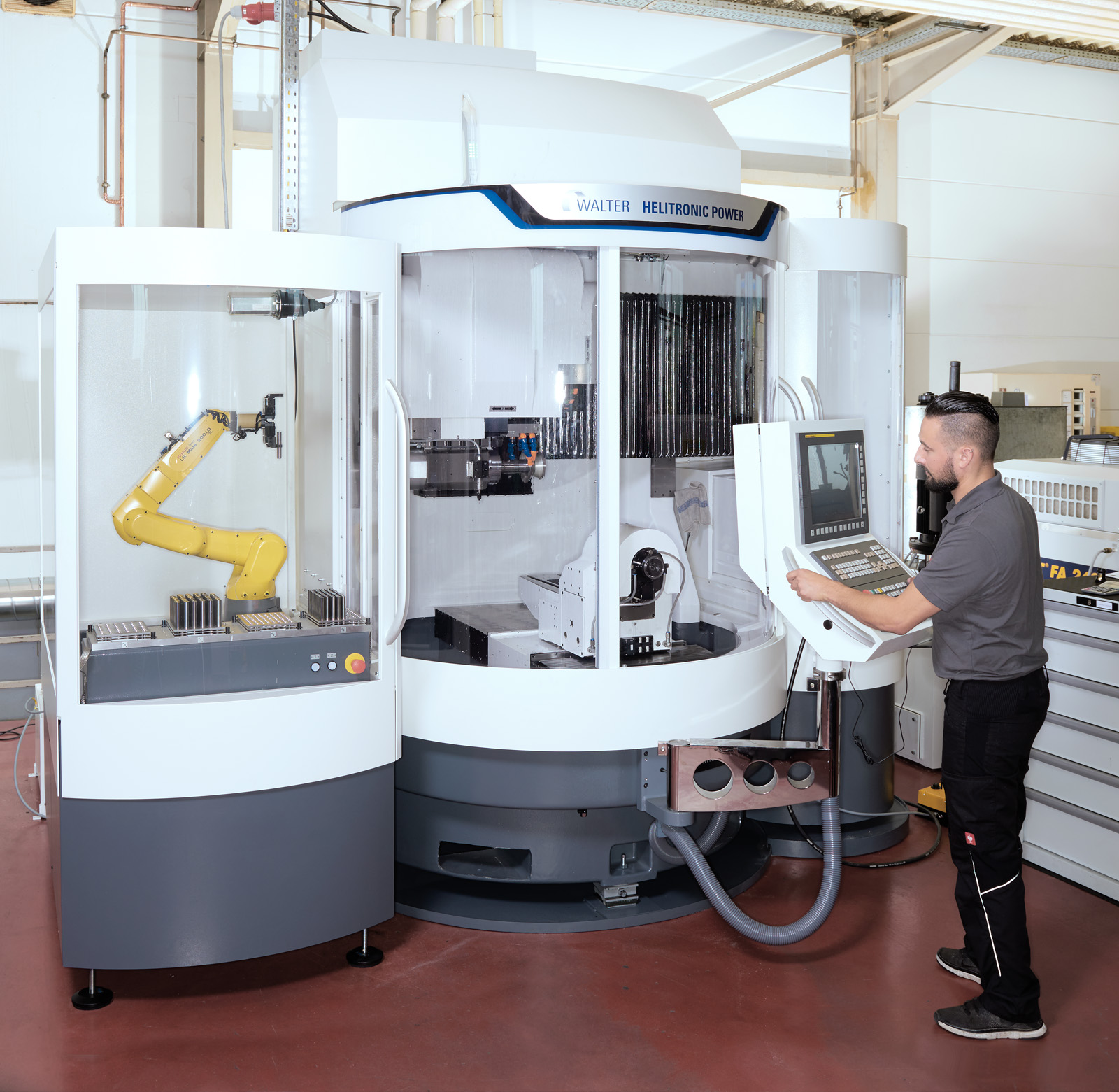 Quality with its roots in the garage −
history in milestones

1976
The same year Steve Jobs founded Apple in a garage, Klaus Wunschmann welcomed the first customers into his small tool grinding shop. He began by grinding HSS saw blades, but the first enquiries for sharpening drills and cutters for metal cutting started to come in after just a short time.

1979
By now, the grinding shop had outgrown the garage and needed more space, so Klaus Wunschmann built a 200 square metres production hall with a salesroom and offices. He employed his first member of staff. Word about the quality of Wunschmann tools soon got around, and had now reached notable businesses in the Stuttgart area.

1990
It wasn’t long before the machines and now five staff needed even more room. A 600 square metres production hall and office section were built in Rottenburg-Hailfingen. Stephan Wunschmann, son of Klaus Wunschmann and present-day owner, pushed ahead with the entry into CNC technology. The business continued to grow, and invested in a Heli 55 tool grinder from Walter.

2000
The turn of the millennium saw everybody trying to get rich quick on the booming New Market of the world’s stock exchanges. Stephan Wunschmann preferred to make a more solid investment – in the first automated production grinder. With the Helitronic Power Production from Walter, Wunschmann made its successful entry onto the standard tools market.

2004
The new Loroch KSC 710 sharpener with loader started giving HSS saw blades, with up to 710 mm diameter, back their bite.

2005
Razor-sharp cutting tools of the Wunschmann brand proved popular. In order to be able to serve customers even better and faster, the production hall gained an automated Helitronic Power Regrinder from Walter.

2007
The new central oil filter installation from Transor demonstrated how efficiency and environmental protection aren’t mutually exclusive. This installation centrally supplies all of Wunschmann’s grinders with the finest filtered cooling lubricant at the optimum temperature, and uses regenerable filter systems instead of consumable filter materials.

2009
Despite the financial crisis and turbulence in the economy as a whole, order volumes continued to grow. Another Helitronic Power Production was put into operation, featuring an automatic loader and grinding wheel changer.

2015
Precise grinding requires accurate tools. Wunschmann began profiling on a K 43 C profiler from Kirner, and added profiling to its range of services for customers.